PRANAYAMA YES OR PRANAYAMA NOT?

Posted on December 2, 2013 by Rosa Tagliafierro

In the Ashtanga Yoga world the discussion about Pranayama is almost as big as the one on Adjustments: pranayama yes or pranayama not? And if yes, when?

On the path of yoga you may have encountered 2 different approaches:

I believe both approaches have plus and minus. Talking about the minuses, waiting to sit sthira sukham (firm and pleasantly) in a posture for such a long time before attempting pranayama might require all life and beyond, hence missing pranayama benefits, for part-time yogis as ourselves (well, if you are reading this, you likely are a part-time yogi :-D). On the other side, teaching control of prana to somebody who has developed no breath or body awareness yet, seems to me a bit stretched.

According to Hatha Yoga Pradipika (one of the main yoga text), pranayama is to be practiced after being established in asanas and… learn it from a guru!

“Thus being established in asana and having control (of the body) taking a balanced diet, pranayama should be practised according to the instructions of the guru” – 2.1 HYP

And… why to learn it from a guru?

Does it stop you from wanting to mess around with your pranayama practice? 🙂 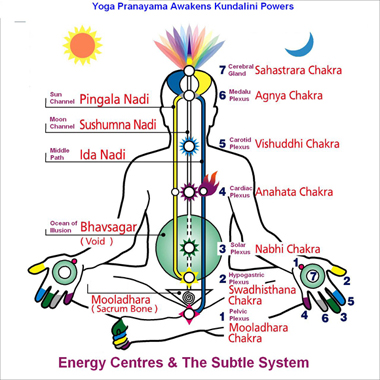 I personally believe a certain awareness of breath has to be developed before starting playing with your nervous system, as pranayama strongly works on it, hence I do share the mitigated traditional view. In addition, approach it gradually as recommended by the texts:

“Just as lions, elephants and tigers are gradually controlled, so the prana is controlled through practice. Otherwise the practitioner is destroyed” – 2.15 HYP

But even more, ask yourself why you want to practice pranayama. There is no reason to do it just for the sake of it. If it is for therapeutic purposes, most likely breathing exercices can help. Pranayama is something more, a spiritual practice whose aim is well defined:

“Therefore pranayama should be done daily with a sattvic state of mind so that the impurities are driven out of sushumna nadi and purification occurs‘ – 2.6 HYP

This is the belief I’ve developed based on my experience. What is yours?

They're more interesting than you think.

Some call it red
stand up, Arjuna!

beyond subtle reflection of the practice and discipline of yoga

...common stories about everyday's madness from the Indian Himalayas...